Well it's been another 2 weeks and I feel like my time here is accelerating to an end. The days are melting together. I've been here for almost 3 months now and I am feeling a bit sad knowing I'll have to come home. While it will be great to see my  New Zealand friends again, I am going to miss all my dutch friends and this country. I have really come to feel at home here in this country with these people. Host family, friends at school, other exchange students. I will look back on this part of my life and remember the amazing life I had here with no regrets.

But I'm trying to put those thoughts aside because I still have another 2 and a half months here!

So anyway, deep and meaningful stuff over, I have had a few complaints from people saying I don't post enough about what I'm doing, show enough photos of what I'm doing or not talk to people enough. And fair enough. I don't post that many photos on this blog (and none on facebook, I should change that), I only do 1 post every 2 weeks if I remember and I don't talk to many people in NZ because of the time difference and there is so much else that fills my day up here and I am too tired to talk to Nzers in the evening because I need the sleep. So to kinda solve these problems, I'm thinking I should make a vlog every week just quickly going over and showing what I have done what I have done that week? Any ideas please let me know :)

Moving on again, these last 2 weeks, I haven't done to to much! Been ice skating, went for a bike ride to Amsterdam, hanging out with mates and not getting getting enough sleep!

Ice Skating was great. I managed to not fall over whilst moving on the ice or cause a huge hazard to other skaters who can skate well. I went with a couple of other exchange students and had a great time. Hopefully it gets really cold this winter and the canals and lakes will freeze so I can go skating on them, because that would be cool!

The bike ride I went n was with my host dad. We went from Den Haag to Amsterdam port along the coast, then back south to Haarlem. Then we went back to Den Haag on the train. I really enjoyed the day. We biked about a total of 60 odd km and I got to see lots of the dutch western coast which was 'heel mooi'. It also gave my host dad and I to have a good bonding time with each other, and a chance to talk about life and anything that interested us.

School has been school. Learning Dutch, doing maths a lot and enjoying time with friends. We are moving in to the new building soon though (2 weeks I think) so that is exciting most people here. I must admit, I am looking forward to it but I can't completely feel the same as everyone else with the new building. But I haven't waited 2 years for it. When we move I'll take lots of photos and post them. From what I can see from the outside, it looks amazing

New post in a few weeks. Till then, hope your life is going good :) 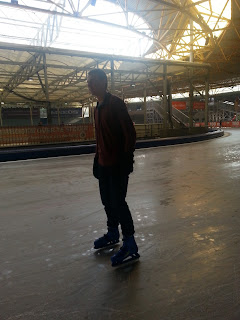 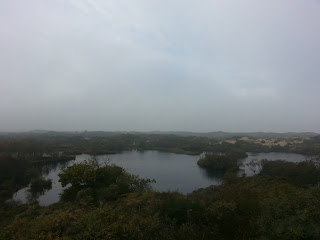 p.s. I know I need to take more photos
Posted by Andrew Spekreijse at 12:09 No comments:

The last 4 weeks (sorry for that)

Firstly I need to apologize for not making this post earlier, a few people have commented on my lack of a new post so sorry for that!
I've done a lot this past month. I have been to Amsterdam for the day with a bunch of other exchange students, had a couple of tests at school and a week of holidays which I spent down in Limburg with my host family and been to Zeeland! But firstly, Amsterdam


Amsterdam was amazing. It's such a big city with lots of traffic/congestion which gave it a really awesome atmosphere. We went on a canal cruise and despite that sounding boring, it really wasn't. It was great to see the capital for a non-ordinary angle. Those cannels have a lot of history which was great to learn about (because history is cool). We also had a chance to walk around the city and see some of the sites. All the buildings there are very impressive and lots of them are from the 'Golden Age' of the Netherlands which was about 17th Century. I thought that they were very large, which is non that normal for Dutch buildings as there isn't much space in this country per person. So to see these really old, massive buildings was a bit of a shock. Now a number of people will be wondering if I went to a Coffee Shop . The answer is yes I did. We had to actually go looking for one because I had really no idea where they all are. But I didn't actually go inside said Coffee Shop so sorry to all those who are now disappointed

It would be good to note now that due to me not checking something quite as thoroughly as I thought I had, I lost all my photos from Amsterdam. I only had a few videos which I took, so here is one


The test week I had at school was pretty cruisey in terms of tests I had to do. I had 2 Maths tests, an English test and a Physics test. Now as you'd expect, the tests were in Dutch. So that pretty much made everything (except the English test) really hard. But I got a 5.1 for one of my Maths tests, and I didn't understand about half the test so I'm pretty happy with my mark. I got a 8.4 (I think) and a 9 for English which gave me overall mark of 8.6 which is really good. My other maths and physics marks are best left unsaid. But I can't really complain about them because I didn't understand the majority of the tests

My holiday in Limburg was amazing. Limburg (for those of you who don't know) is the southern most region of the Netherlands. It boarders both Germany and Belgium. It is a really old part of the country (in terms of history) and it has wanted at times to be part of Germany and Belgium instead of the Netherlands. But that is a different story (my history on the subject is also pretty bad). While in Limburg I went to Maastrict. It is a really cool city, lots of old buildings in the city which have really nice architectures. I'm not 100% sure but some may date back to Roman times. I also saw parts of an old castle which once was Maastrict in the middle ages. It's impressive what those people were able to do back in the day without hydraulics and modern machinery! They also have lots of old churches down there which are really impressive and one I went in to had been converted in to a book store which I thought was a great use of an old building. Something else I was able to do on my holiday was go biking underground. Basically in Limburg there has been large scale mining in years gone by (and still some now) and as a result there is a huge network of tunnels underground and you can go biking there. I'm glad I was wearing a helmet otherwise I would have a lot of bruise on my head
While I was down near the rest of continental Europe, I also went to Belgium and Germany! I didn't get to see much of Belgium because we just drove through it but we went to Aachen in Germany for one evening to have dinner and have a look around. I love that about Europe, everything is so close and you can go to another country easily. We actually got lost going to Germany on the start of our holiday, but anyway ;) That's Europe though

Photos of the trip are below. The last 2 ones are from Aachen. The rest are from the Limburg area of The Netherlands, in no particular order 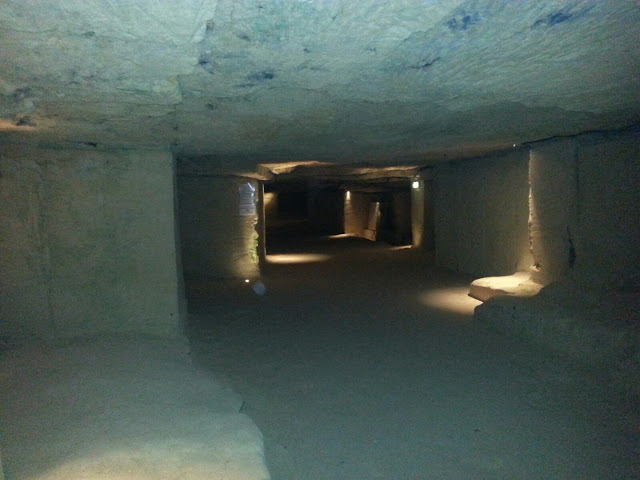 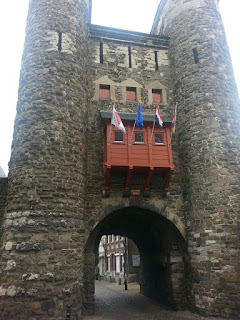 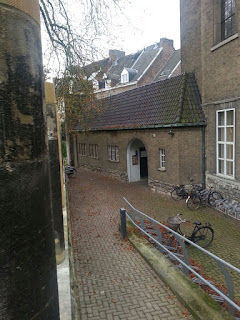 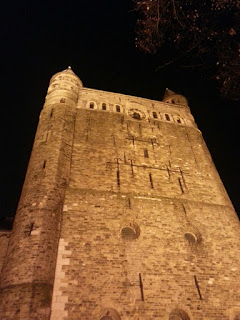 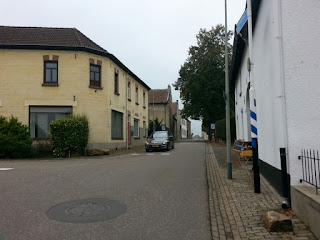 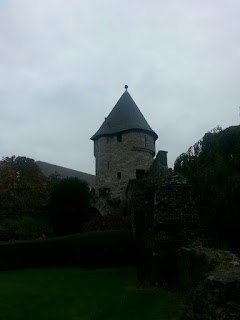 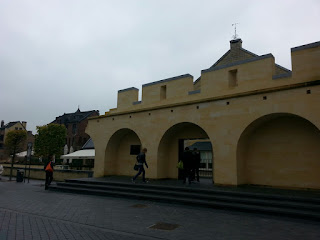 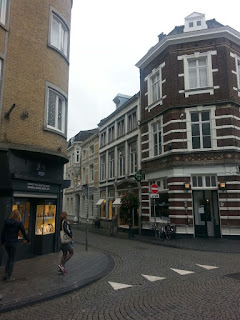 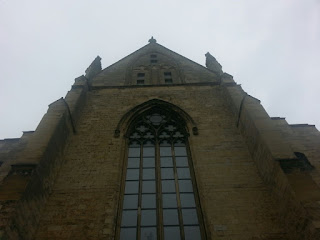 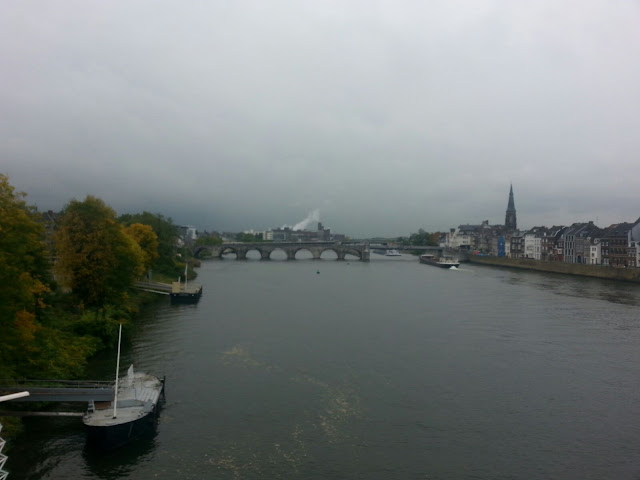 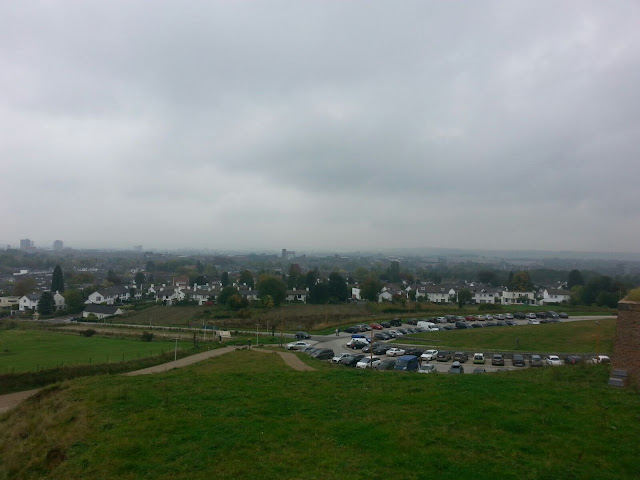 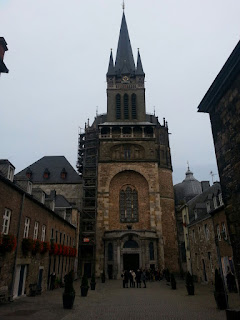 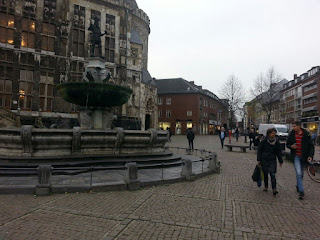 More recently, last weekend I went to Zeeland. Now as I'm sure all Kiwis know, New Zealand was first  discovered by Europeans in the 17th century and the discoverer was Abel Tasman (a Dutch guy). He named the entire country after a province in the Netherlands (Zeeland). After going to both places, I can see the resemblance somewhat. The sea is everywhere and the plants on the coast are similar to the ones at Golden Bay (where Tasman first went in NZ). Anyway history lesson over as you already know it all (unless you are someone from my school reading this then you probably didn't even know who Abel Tasman was until now. Feel free to ask me more about NZ history if you see me around :) ). Some photos of Zeeland are below 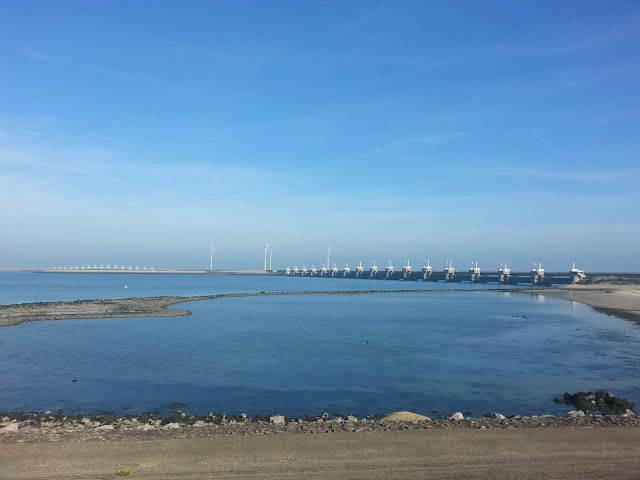 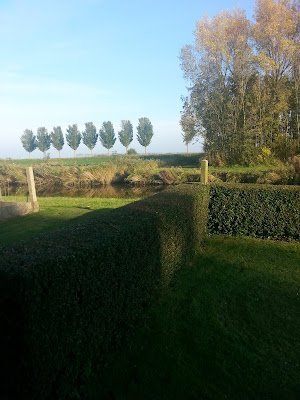 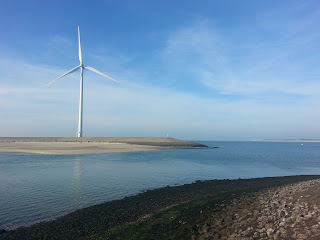 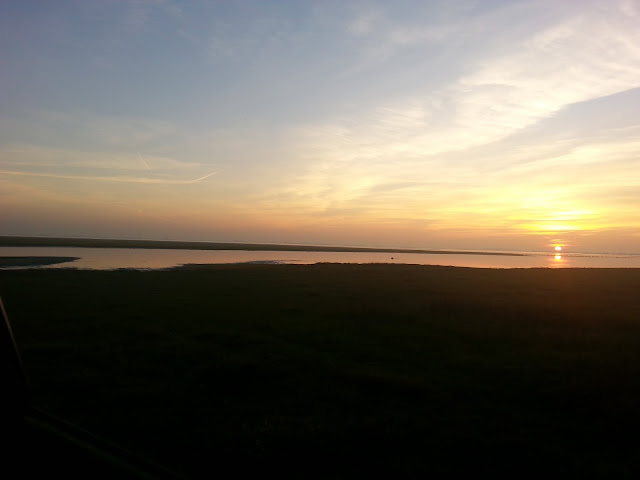 Anyway that's all from me for the moment. I will try a lot harder to post every 2 weeks, I'm sorry I haven't been doing that very well recently

To everyone in NZ, hope you all had great last days at school and I hope exams go well

To everyone in the Netherlands, I hope you are getting use to my accent and to me. I am loving my time in this country and thanks everyone for being so great to me (holistically). Also please speak more dutch to me, but speak slower! It sounds like you mush 3 or so words together so I think it is just one word I don't know! I want to learn your language but it is one of the hardest things I have ever done, so it takes a lot of time and effort

To all my other friends in other countries, Hi! Hope you are all going well and life in your countries is good!

Andrew - A kiwi in The Netherlands

Posted by Andrew Spekreijse at 13:18 No comments: